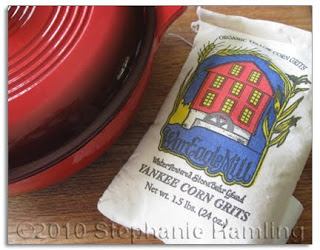 I got laid off, for the second time in two years, about six months ago. While that scared the hell out of me, what scared me almost as much was the possibility of landing in another job where I was a bureaucratic cog. Soul searching ensued. Now when someone asks me what I do, there is no short answer. I work in a community grocery store a few days a week. I take on freelance graphic design projects that I am, for the most part, passionate about. I own a calligraphy business that I started just out of college and am now breathing life back into. I run. I garden. I worry about money and health insurance. I finally remember what it is like to not be invisible and not want to be.

Shortly before New Year's Day, I went out for a beer with an old friend I hadn’t seen in about eight years. There’s something wonderful about those friends you can pick up with like no time has passed. He made a comment about my lack of confidence, or, as he put it, “the swagger you used to have.” Hmm. As much as I hated to admit it, there was something to that statement. Even at five-foot-nothing, my twenty-year-old self had a sassy, hand-on-hip presence that I rarely bring out to play any longer. Well, I’ve left twenty in the dust, but the thirty-year-old version is, I think, becoming more confident if less loud. At some point you realize the only person you need to impress is yourself, then the rest follows.

No one volunteers for the bad things that happen in life, but that they bring good effects is undeniable. There is grace to be found in mistakes. Strength often comes from failure. I’m reminded of a story a professor favorite professor of mine used to tell about grace...and grits.

When a Northern gentleman made his first trip to a small Southern diner, alongside his entrée was a white mass topped with melting butter. “What’s this?” He asked, sounding appalled. “I didn’t order this!”

“Grits” said the waitress. “You don’t asked for grits, they just come.”

To Norb, this was a metaphor for grace. To me, it now seems an appropriate analogy for many things. Life constantly serves up unexpected circumstances – the good, the bad, and the buttery. Grace is like grits, you don’t ask for it, it just comes.

For six months, I’ve been attempting to answer the question that everyone keeps asking me. “What are you going to do?” Well, a little bit of everything, it seems. For one, I’m writing again. My life is at loose ends right now, and I’m unsure of how to tie it up. Many people write to change the world. I write to change me.

Maybe I am asking for grace. In the mean time, I think I’ll make grits.

Stephanie Hamling, originally from Wonderview, AR, now lives in our state's capitol. A freelance graphic artist and a local-food activist, she also owns and operates Calligraphy for All Occasions. Stephanie enjoys gardening, sewing, soap making, cooking, and running. You can indulge in more of her musings by visiting her blog, Proactive Bridesmaid, which will celebrate its fifth anniversary this month.