What Does Coleman Know That He Doesn't Want Anyone To Know He Knows?

Curtis Coleman, one of 1000 Republicans seeking Blanche Lincoln's seat in the U.S. Senate, told the Associated Press on Wednesday that he doesn't know where President Barack Obama was born. The truth is, he does know and isn't telling. 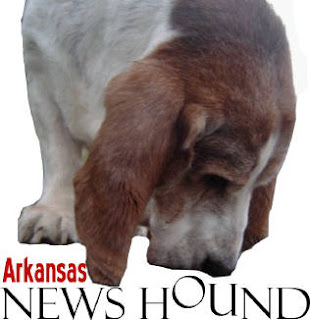 Reliable sources have provided information that explains Obama's origin and links Coleman to the coverup.

"It's that old 'he who smelt it, dealt it' theory,'" says one political insider. "He keeps claiming not to know because he indeed does know and just isn't telling."

Facts brought to light this week due to Coleman's remarks are:

1. Obama's place of origin is not publicized.

2. Coleman is the cofounder and former CEO of Safe Foods Corporation. This business helps to make food safer on FOUR CONTINENTS. Even with his dealings with FOUR CONTINENTS, Coleman still does not know where Obama came from. Obama OBVIOUSLY didn't originate from one of those four continents.

3. Mars was last seen in the sky Thursday night, March 25, just DAYS after Obama's health care reform bill is passed and about a week after a daytime falling star indicates ALIEN ABDUCTION made possible by Daylight Savings Time.

4. Mars won't be visible again until the year 2012, which is a presiential elelction year.

"It's logic straight from Einstein theory that anyone can see. Obama is from Mars," the political insider said.

As for Coleman's reason not to totally expose the ALIEN PRESIDENT to the world, the political insider can only speculate.
"Maybe he fears a probe into his political finances or his divorce. Or maybe he fears alien probe. Who knows?"


Ronna Ross Pennington wore out her poker face after 20 years of working as a news reporter. She wanted to scream at the long boring governmental meetings and laugh at the lame politicians of central and southwest Arkansas, but ethics and objectivity ruled. That was then. Now, Flash, the official mascot of Arkansas News Hound, digs around, uncovering a silly satirical side of Arkansas' people and politics.
Posted by Arkansas Women Bloggers at 10:18 AM